Cryptocoinsnews: What Does Blockchain and Your Weekly Groceries Have in Common?

Up till now, not a whole lot to be honest. But that’s all changing with the FoodCoin Ecosystem launch.

In a nutshell, the FoodCoin Ecosystem is a solution based on the Blockchain technology that provides foodstuff and agricultural products. These products are sold online on the 1000 EcoFarms platform, bridging the gap between farmer and consumer.

In addition, due to the global fascination with alternative currencies and as a result of growing interest from users to facilitate payments with digital coins, the platform took a massive step forward and implemented tools that allow customers to pay using Bitcoin, Ethereum and Litecoin. The company will also launch its own cryptocurrency based on the Ethereum Blockchain

The actual FoodCoin (FdC) is a digital currency with the official 1st stage sale event taking place in November. There is however a pre-sale event in progress at the moment.

So What is the FoodCoin Ecosystem (FCE)?

The company differentiates itself from the competition by basing its activities on the blockchain technology, exploiting all the advantages that it has to offer, including lower costs and the use of smart contracts.

The end goal of the company is to create a trading platform for all things related to food that will incorporate the various parties within the selling and buying cycle, all under one roof. This includes the actual farmers and consumers, banks and insurance companies, even internal revenue services and customs for international trade.

One of the biggest driving forces that led to establishing the FoodCoin Ecosystem, and the creation of the FdC, is to reduce costs associated with producing, distributing and buying farmed foods and agricultural goods.

It supports the local farmers, putting a greater percentage of the profits in their pockets, helping them to become sustainable and compete with bigger, mass-producing establishments.

For local businesses on the other hand, this means getting high-quality food and products at a great price. And because of the versatility of the 1000 EcoFarms platform, the products are not just for sale to businesses, but available to individual families as well.

The 1000 EcoFarms platform enables local farmers to do what big corporations have been doing for decades: that is to sell their products online to a global marketplace.

It’s available to businesses as well as individual customers and is the first online food market that allows its users to transact using digital currencies.

And the concept has so far been very successful.

The number one goal is to support local farmers by bringing their products into contact with the local community, promoting the use of sustainable farming techniques and protecting the volatile ecology.

For buyers this means getting locally produced, high-quality food and products, at a reasonable price that has not been artificially inflated for just using the word “eco” on them.

There’s the additional benefit of forming lasting relationships with the actual farmers that produce your food, meaning you know exactly where your food is coming from.

1000 EcoFarms have also launched two charities that line up with its core beliefs, i.e. Stop Hunger and Donate to Farmer that supports struggling families and struggling farmers respectively.

All in all, 1000 EcoFarms is a unique and forward-thinking platform that champions the growth in local economies on a global scale by using modern techniques.

The FCE will be launching its own digital currency called FoodCoin (FdC). The cryptocurrency is intended for use as an additional payment option on the 1000 EcoFarms platform and will help to reduce transaction costs.

While the official ICO is set to happen in November 2017, the presale event of FdC started on the 23rd of August 2017 and has picked up significant interest within the first few days.

More than 1,700 participants already took part in the event, raising close to US$ 3.1 million. With the event lasting for two weeks and open to everybody, there’s bound to be a whole lot more interest in the coming days.

Initially, FoodCoin will be based on the Ethereum-blockchain. However, the company has much larger ambitions and plans to use the funds from the initial crowd sale to create and implement their own blockchain on which the FoodCoin will function. The goal of this is to reduce or even eliminate transaction costs within the FoodCoin Ecosystem.

Buying groceries and foodstuff online is not a new concept. However, putting consumers in direct contact will local farmers through a global marketplace is unique and might prove to be revolutionary. 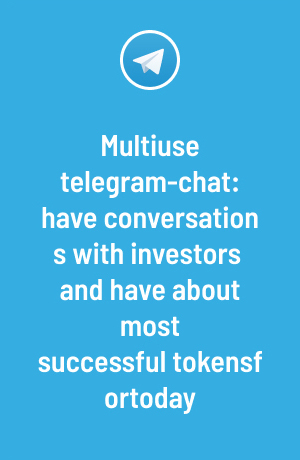